Why Character is so Important for Underwriting Surety Bonds 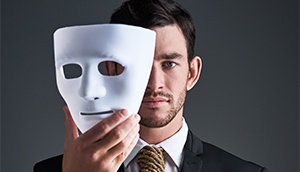 I remember receiving a particular account submission some years ago. The agent told me I was going to see some distress in their financial trend, but there were extenuating circumstances. The contractor’s significant other had been very ill for some time and the contractor’s focus had shifted to her and things slipped on the management side of the company. Sadly, his love had passed away and he was now back fully engaged in his business. Would we consider bonding his company?

When discussing the preparing of the indemnity agreement with the agent, I clarified that Mr. Smith was owner, and I should leave Mrs. Smith (who was listed on the application), off the GIA as a personal indemnitor. The agent said that Mrs. Smith was willing to indemnify. I was confused. I thought the agent had told me that Mr. Smith’s wife had passed away recently. The agent quickly clarified, no, I said his significant other had passed away. His longtime girlfriend was the one who was sick and distracting him. His wife, on the other hand, is still alive and willing to indemnify. The agent explained that the wife was unaware of the girlfriend.

I passed on this opportunity. It seemed to me that the contractor had defaulted on one contract already and had not disclosed critical information to all relevant parties he was contracting with. His business had already suffered as a result of his subterfuge. This is not the character of a contractor I would want to do business with.

Judging character is not always easy. It doesn’t always feel politically correct. However, it is a critical part of our job to determine the partners we are extending credit to be on solid moral grounds. If a person would choose to compromise in one area of their life, they may be more likely to compromise in other areas, like paying their taxes, or precisely following the specs in the job to the letter of the law.

More recently we saw a business suffer losses and eventually close their doors triggered by the infidelity of the owner that lead to a divorce. We can’t always see that coming. However, if there are signs of moral compromise, the signs should not be ignored.

In contract surety it is important that we get to know our clients. Listen to their stories. Pay attention to their interests and habits. Most contractors are some of the best people you will ever meet. But for those few who decide to color outside the lines, who tell stories of the elk they shot out of season, or the competitor they were able to sabotage, or the insurance company claim they exaggerated to their benefit, from these guys, run. Surety underwriting is built on the three C’s: Character, Capital and Capacity. Character is the first C because in many ways it is the most important. Assessing Capital is driven by mostly by math. Assessing Capacity is merely evaluating the experience of the contractor by reviewing resumes, their equipment and workforce, and past history. Assessing Character is a judgement call where we put into practice a strict adherence to our known laws and customs. Stephen Covey said “Our character is basically a composite of our habits. Because they are consistent, often unconscious patterns, they constantly, daily express our character.”

I have had the pleasure to work with many contractors whose character is so strong, that I have little doubt they would step up and resolve any dispute because it is the right thing to do – even if there was not a contract or general agreement of indemnity compelling them to. As you build a portfolio of quality clients, like a garden, it is important you pick out the few weeds that could ruin it all.